The High Street and Moving Forward: Is it a dog-eat-dog world? - Global Auctioneers 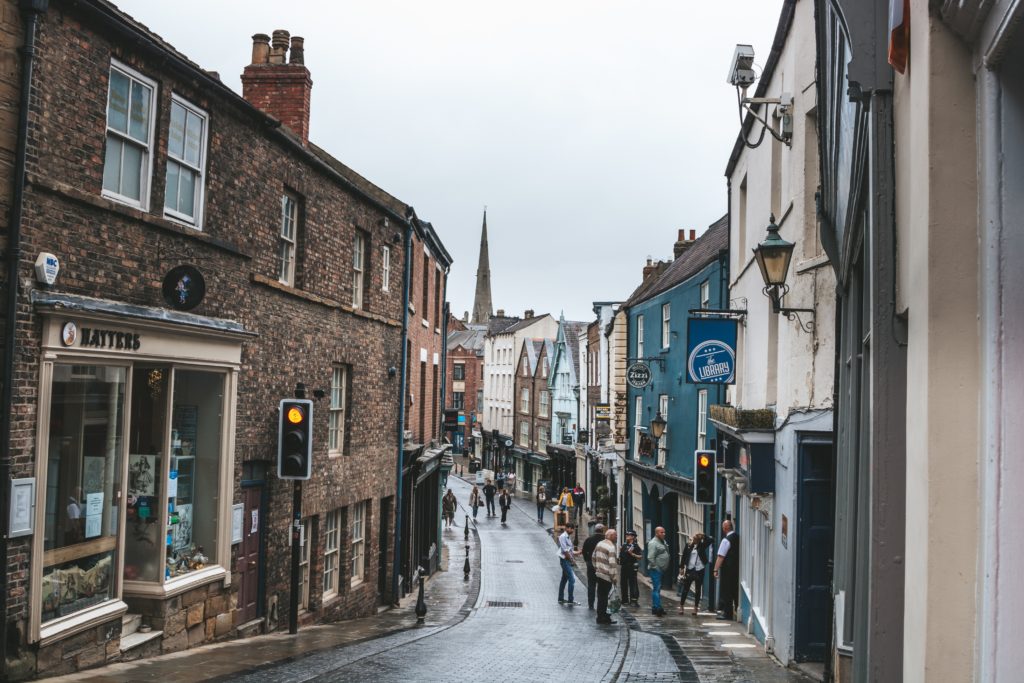 Over the past forty years, the UK has witnessed the slow decline of individually owned businesses. The high street has been transformed from a friendly, personal and community-centred place, to a cold, corporate dog eat dog landscape. Massive chains such as Boots, H&M and other huge retail companies have pushed out smaller businesses. ‘Traditional’ high streets are now few and far between; only making an appearance in places such as Manchester’s Curry Mile, Stratford upon Avon and York, who are still clinging onto the romanticised idea of the boutique high street.

Local businesses are generally the ones to lose out first.

Big corporations, such as the Alshaya Group (own H&M, And Other Stories, etc.) have the means to build, sustain and thrive on online platforms, which can prove difficult for many small, local businesses.
Additionally, with the ability of large companies to easily source products from overseas with relatively little cost, the small business sees itself being pushed out of the forefront. This is the harsh, dog-eat-dog world of retail. The High Street is slowly becoming a place filled with Wetherspoons, Primark’s and Topshop’s, offering little to no regional diversity.

And if that is not enough, the current pandemic is also contributing to the gentrification of local and small businesses. Some too slow to respond to the evolving consumer demands. Some already dilapidated. Many struggling with the implementation of social distancing measures.

But coronavirus is a weird one. Not only has it massively damaged local businesses, but it has also wounded retail giants. Examples such as Harvey’s Furniture, WHSmiths and Bella Italia have gone bust.

This is where the internet giants take over, isn’t it?

Prior to Coronavirus, the UK’s shopping habits shifted from 53 per cent favouring online shopping 10 years ago, to 82 per cent in 2019. However, it was when the shops shut that the major online giant, Amazon, has grown on an unprecedented scale. Turning over $33m per hour, the internet superstore has trumped almost all competitors, which begs the question; what is going to happen to the High Street as a whole? Local, regional and national businesses, that is.

Shopping on the go:

The ease, adaptability and ability to compare and contrast items from the palm of your hand has revolutionised the high street, forcing many companies into administration; weeding out only those who are willing to keep up with the times.

Amazon is a large threat to businesses. With the ability to undercut many on their unbeatable prices, Amazon actually loses money for many of its transactions. However, its popularity, and quite evidently, necessity has been made apparent in recent months.

So, the steps forward could follow two different paths.

The High Street will go for good

One possibility is that the High Street will shut its doors and keep them shut. As people can find most items online far easier than in person, good returns policy and fast shipping, it is a possibility people will favour online shopping almost entirely.

The other possibility, and something that is more likely than the previous option, is that small, local businesses will begin to fill the High Street once more. Emulating a more traditional and personal role. National statistics have actually found that 59 per cent of us have been shopping locally for food during coronavirus because of the shortages in supermarkets. This is a good example of how local businesses can prosper during times of immense difficulty, but is only relevant for shops which deliver necessary goods.

But as lockdown eased throughout the country, towns and cities filled quickly. Many people wanted to make up for lost time on the High Street and they were busier than ever. This, for me, points more to the hypothesis that the High Street is here to stay. People enjoy the physicality of searching for clothing, household items, food, you name it.

But Amazon’s consistent development and reach continues to threaten most businesses. Our reliance on technology, however, cannot trump the human desire to go shopping. The High Street is, after all, synonymous with spending time with friends and family; connecting and engaging, which you will not find on the internet.

Whether you prefer shopping online or in store, bear in mind the struggle many small, local businesses have had to face this year.

Much love from the Global Auctioneers Team x